The 80’s are known for many things but the one I’m going to talk about are 80s electronics.

Now do keep in mind I didn’t live through the 80’s as I was born in 1989 but, here’s some of the electronics I’ve come across and find interesting.

These technologically primitive items are what lead us to where we are today.

They’re the ancestors to today’s technology. 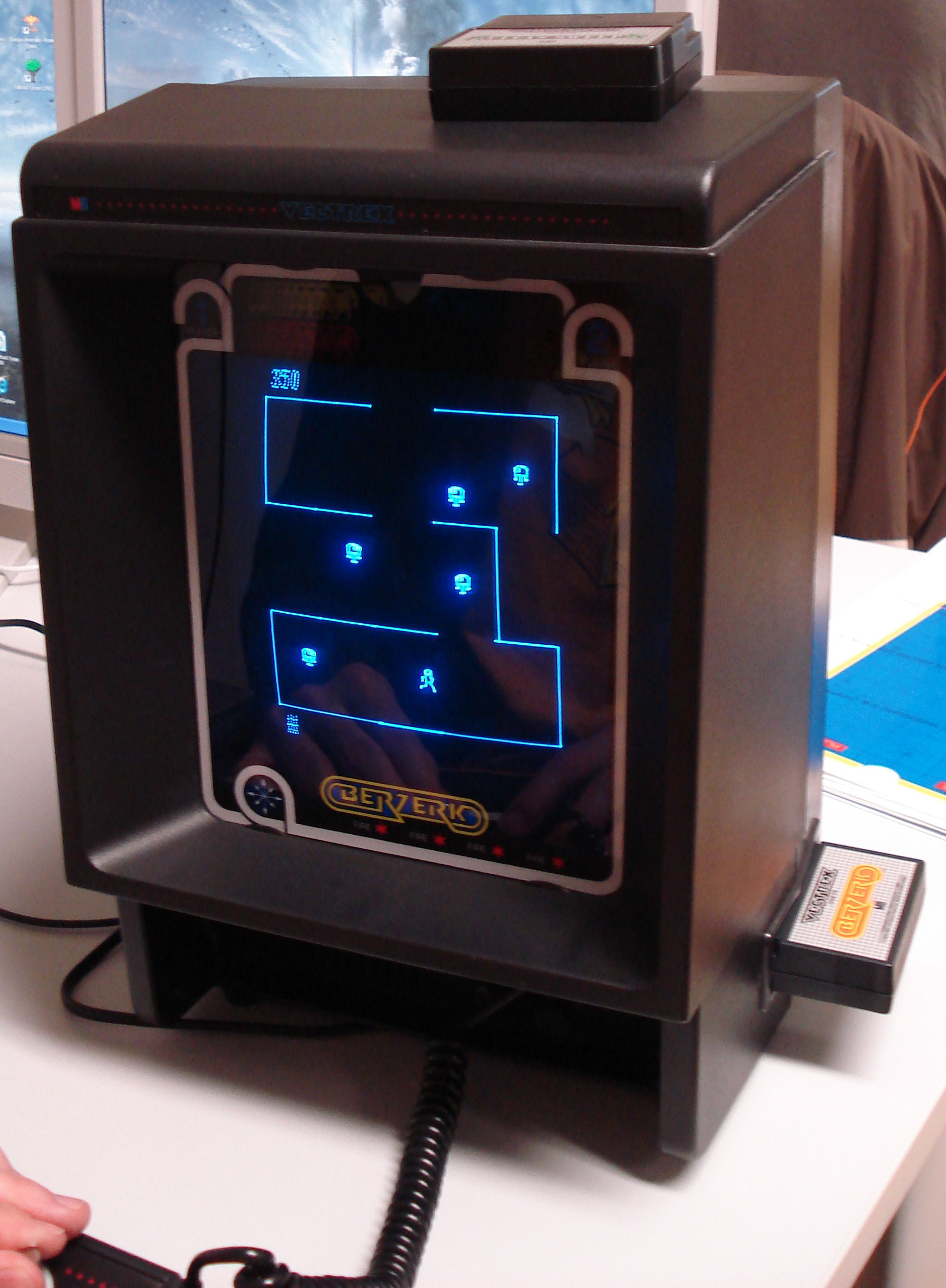 The Vectrex was a home gaming console with a vector display screen. It released in 1982 with a retail price of $199 which would be around $470 in today’s money. This console only lasted around 2 years exiting the marketplace early of 1984. It came with one game installed called Mine Storm and to display a HUD you had to use a plastic overlay on top of the screen.

I’m glad we’ve come so far in the gaming industry and live in an era where our technology is much better. However, I’d assume 30 years from now the Xbox One will look like absolute trash but, we’ll have to wait and see. The cell phones of the 80’s were definitely nothing like the ones of today. Some of the different types of cell phones available then required you to carry a large handheld box connect to it. This was the battery until they came with an “upgrade” version that had the battery on the back of the phone.

Even then it earned its name as the “brick phone” rightfully. Man, they really just don’t make them like they use to… and I’m glad they don’t,

Over time we’ve really learned that saving space with out gadgets is a good thing. Almost all electronics have gotten smaller. One thing you can really see the difference in are storage devices. Hard Drives and other storage units have gotten extremely more efficient, cheaper, and a lot smaller.

If the image above doesn’t show you that then i don’t know what would. Also a 10 megabyte hard disk would cost around $3,500!! That’s just nuts.

Computers thankfully have progresses incredibly since the 80’s. I wouldn’t be able to write this content in the way I am currently if they haven’t! Now a days you can do nearly anything from a computer. You can shop, play games, study, learn anything you’d ever want to know, and even make a living all right from your home computer.

During the time of 80s electronics the computer was very basic but, a big selling point for them were video games. The PC and video games have went hand in hand for the general consumer since they’ve been in existence. Radio Shack use to have all kinds of commercials selling computers. Now a days they’re not doing so well and I’m afraid they probably won’t be around a lot longer but, that’s just my thoughts.

In ending I’ll show you a commercial from the 80s. I hope you enjoyed the read and leave a comment below and let us know some of your favorite 80s electronics.